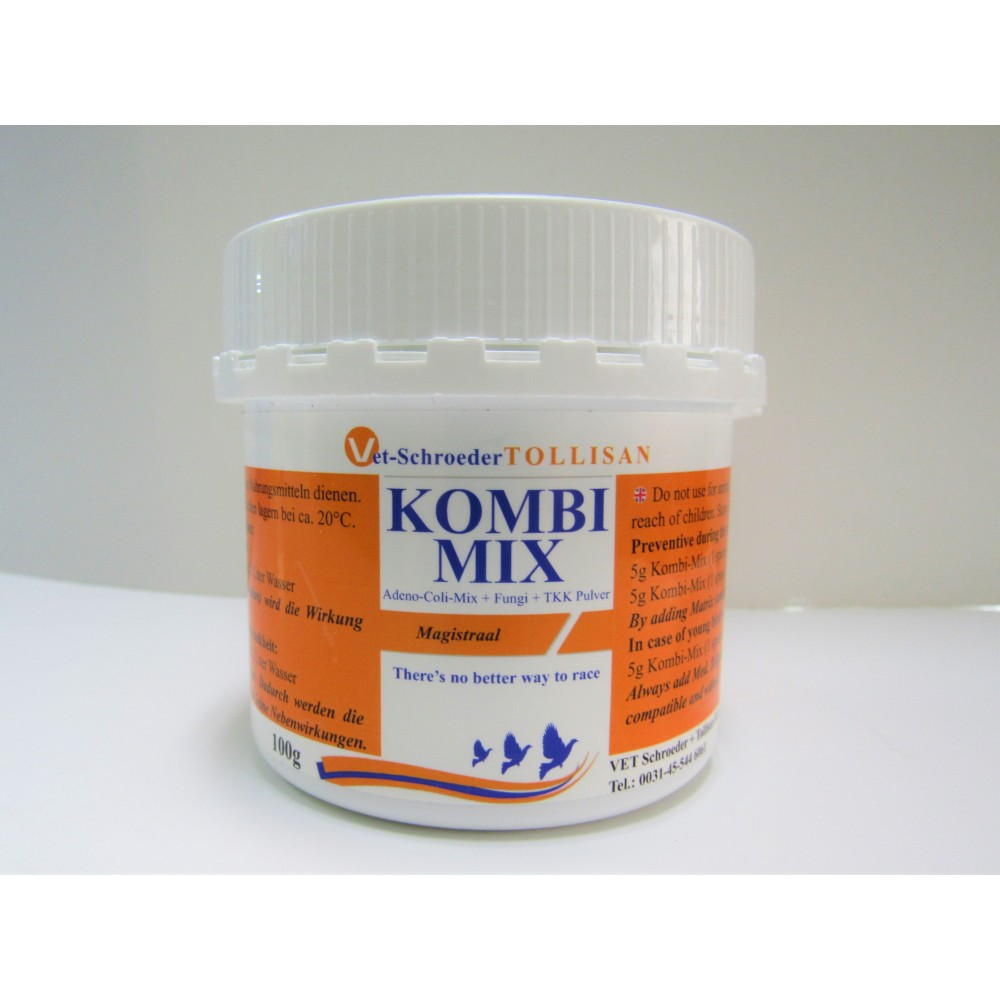 Combination-mixture is a mixture out of the three products Adeno-Coli-Mix, TKK Powder und Fungi Powder

What is our Kombi-Mischung (Combi-Mixture) and how was it developed??

For more than 30 years I have been working on the problem of young bird sickness. This is one of the reasons why I become the owner of a racing pigeon health company.

Over a few years, I read all available reports and scientific studies about the problem of young bird sickness.  Some were professional but more often than not they contained a collection of fairy tales and assumptions, which is found more frequently in the racing pigeon sport.

Today one thing I know with absolute certainty:
“In a case of young bird sickness only combination-mixtures will help ‘because various factors come together in this disease.”

In case of the outbreak of young bird sickness it is recommended to treat a combination cure consisting of Adeno-Coli-Mix + TKK Powder + Fungi + (Matrix) to cover the problems mentioned above. I have successfully treated my own pigeons with the above treatment without any side effects. Of course, it is important to add some Med. Tollyamin Forte into the drinking water while treating with such a combi cure. Every fancier should have already heard about it’s benefits.

During the last couple of years, I have also add some Matrix, too.

Because Matrix (Amoxicillin-Clavulan) is the most effective antibiotic against E.Coli bacteria for racing pigeons!!!
In addition, Matrix also works excellently against streptococci and staphylococci and is well tolerated.

A few years ago, I got problems with my old birds during the racing season. It was the same symptoms as of the young bird sickness. Over the week I treated my old birds with the combination-mixture. The result was overwhelming: “The first 10 positions on the result!” Since then I treat all my old pigeons every 2 weeks for 2-3 days (mon. + tue. + wed.) with the combination-mixture during the racing season. There’s no better way to race!!

Decide for yourself if you add matrix or not. The effectiveness however is greatly improved by its addition. In cases involving  some of the more aggressiave E.coli bacteria you have to add Matrix. It is also necessary to add Med. Tollyamin Forte into the drinking water while treating with medication. The addition of Dosto RopAdeno is easy to explain. The fluidity of the water increases allowing the antibiotic powder in the drinking water to dissolve in an optimal manner. A simple but very effective addition!  Believe me, I have been working with these problems for 30 years and everything I have recommended above has been tested by myself in my own loft.

16 other products in the same category: 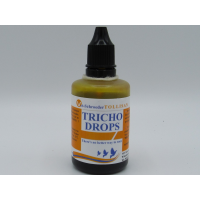 Trichomonas Tricho-Drops have a very good effect on the prevention of trichomonas.
Price $20.00
Add to cart 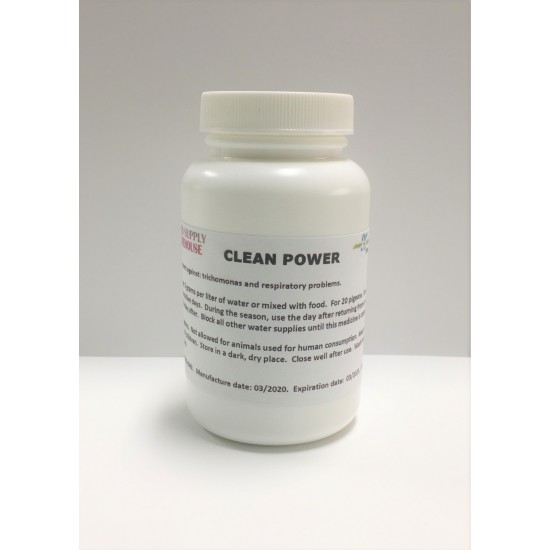 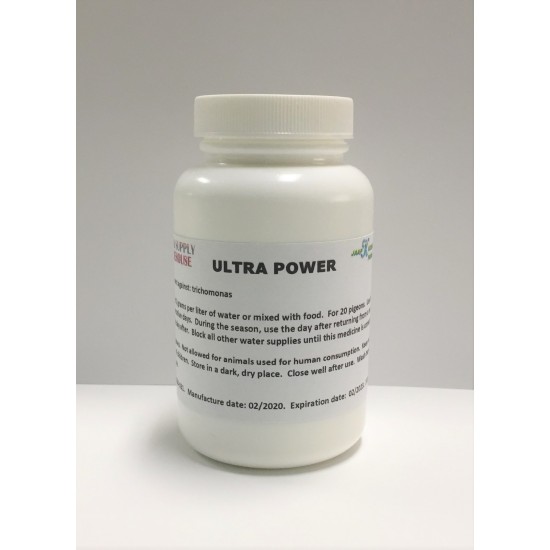 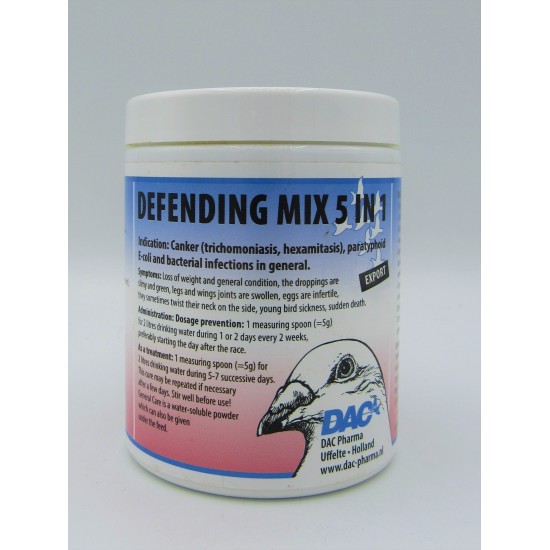 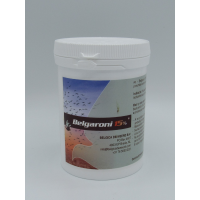 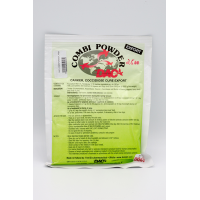 Combi-Powder is a powder for treatment for Coccidiosis, Trichomonades (Canker), and Hexamites....
Price $22.00
Add to cart 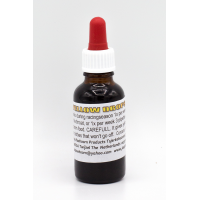 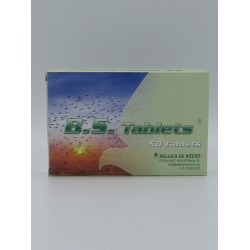 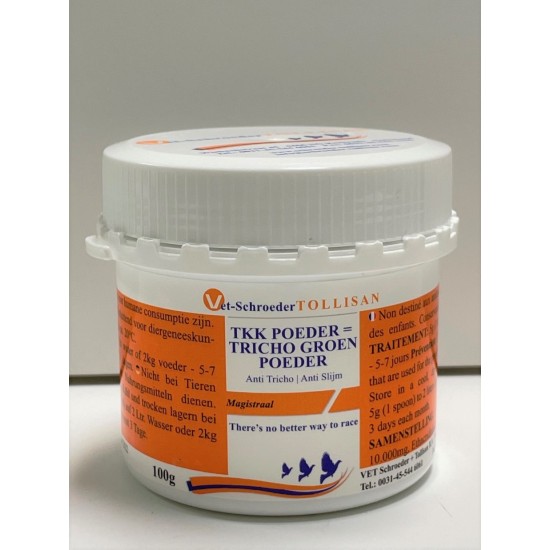 trichomonas and hexamites mucous inflammation mixture is the same as...
Price $30.00
Add to cart 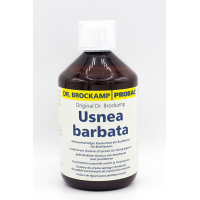 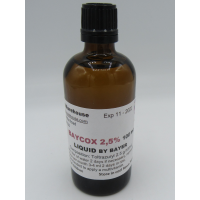 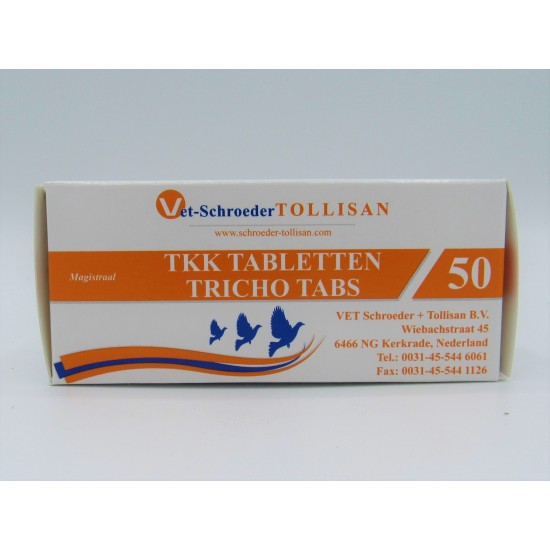 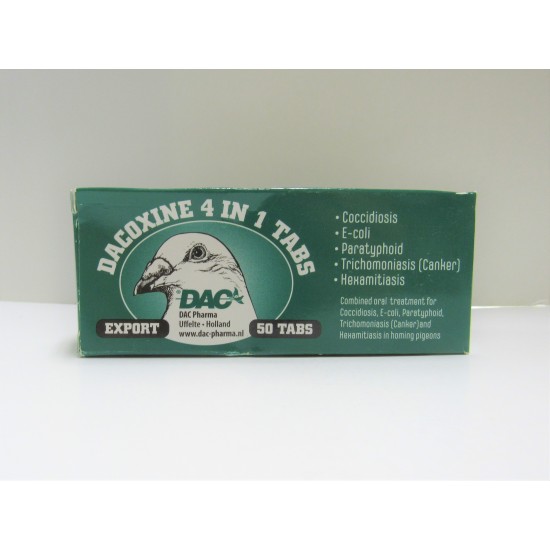 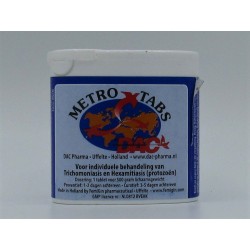 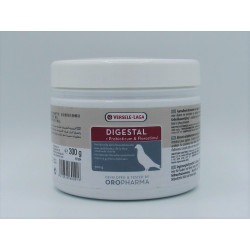 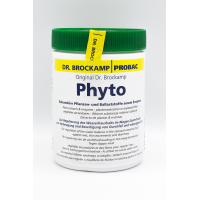 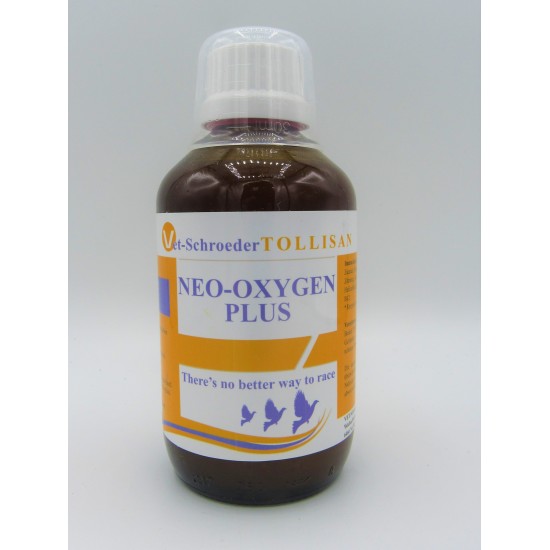 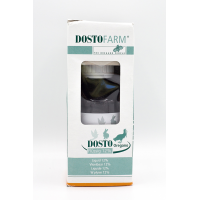 Dosto-Oregano with a higher concentration of active ingredients against bacteria and coccidia...
Price $35.00
Add to cart 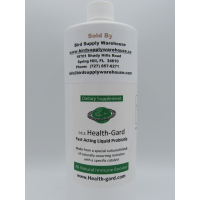